Jennifer Lopez is an American singer, actress, dancer, and also a businesswoman. She is also known with her nickname JLo. She attended Holy Family School and the all-girls Preston High School. Later she was enrolled at New York’s Baruch College where she studied business for one semester.

Unfortunately, she left her studies and enrolled at Manhattan’s Phil Black Dance Studio where she was already taking night classes in jazz and tap. At that point of time, her parents were unhappy with her decision of leaving studies for dancing.

She is an actress, singer, and dancer. From this multiple career options she has accumulated a huge amount for herself. With various music concerts and live performances she gained good amount of income. Her estimated net worth is a hefty sum of $400 million and is assumed to earn $40 million every year.

Her father’s name is David Lopez who served in the army and later worked as a computer technician at Guardian Insurance Company. Her mother’s name is Guadalupe Rodriguez who worked as a Tupperware salesperson and as a kindergarten and gym teacher.

She has two sisters, an older sister Leslie Lopez and a younger sister Lynda Lopez who is a journalist and author.

Regarding her personal life, she has been in multiple relationships. Initially she was in a long term relationship with her high school boyfriend David Cruz but was later married to Ojani Noa from February 1997 until January 1998.

After first divorce, she dated record producer and rapper Sean Combs from 1999 to 2001 and then broke up. In September 2001 she married Cris Judd who was a back-up dancer and ended the marriage in June 2002.

Jennifer received a huge media attention when she began dating Ben Affleck in 2002. The couple was engaged and referred to as Bennifer. Unfortunately, they called off their wedding in 2004.

In June 2004, she tied the knot with singer Marc Anthony. They together share twins Maximilian David and Emme Maribel who were born in February 2008. They separated in July 2011 and Lopez retained the custody of her children.

From February 2017 to early 2021 she was in a relationship with baseball player Alex Rodriguez. Recently it is reported that she is again dating her former fiance Ben Affleck since April 2021.

She began her professional career in 1989 as a dancer and gave various performances. She appeared as a Fly Girl on the sketch comedy television series In Living Color. Her acting debut was with a small recurring role on the television show South Central in 1994.

Her breakthrough role was in the movie Selena. Later she starred in many movies and series namely Second Chances, Hotel Malibu, Blood and Wine,  Anaconda, Gigli, etc.

At the television show American Idol, she was appointed as the judge and has also been a brand ambassador of various famous brands. Apart from this, she has also given many stage performances at different events.

Lopez has received a number of awards for her work and has set many records in her name.

Adam Sandler Biography, Age, Net worth, Wife, and much more 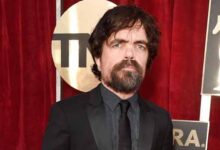